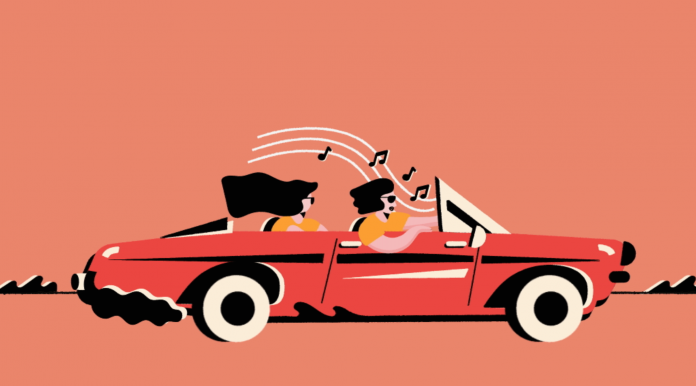 Spotify Wrapped, one of the streaming platform’s biggest marketing campaigns of the year, is the gift that keeps on giving, both for users and Spotify’s marketing goals. The campaign’s integration in social media, and more recently Roblox, offers the platform a massive reach, thus boosting brand awareness and growing its user base.

It’s an awareness campaign that utilizes user data to serve up users’ favorite songs, albums and podcasts to be shared across social media platforms via the app, engaging more than 120 million users last year, according to Spotify. This year, Spotify has launched its Wrapped presence in Roblox, with the goal of tapping into an even bigger audience.

“There’s a reason why it’s such a company priority,” said Alex Bodman, Spotify’s global vp of creative. “We don’t just see an increased user base day on day. We also see a lot of people coming back to the platform.” (Bodman declined to offer further details around growth and usage.)

It’s unclear what Spotify’s ad investments are, as Bodman declined to offer specifics. According to Pathmatics, the streaming platform spent nearly $70 million on advertising so far this year, slightly up from the $66 million spent last year. Kantar reports that from January to September of this year, Spotify spent nearly $36 million on advertising, slightly down from the $46 million spent in 2021. In 2020, the platform spent more than $63 million on ads. (Kantar figures do not include social spend as Pathmatics figures do.)

Aside from organic social, the Wrapped campaign also leverages traditional out-of-home advertising and in-person experiences, including an illustration in Brooklyn.

“We have this engine now that allows our listeners on Spotify to amplify their love for the brand to their friends and everyone on their socials. That’s the importance of it,” Bodman said.

Spotify Wrapped, which has been around since 2015, was created in-house at Spotify. Over the years, Wrapped has become an anticipated event, namely across Twitter and Instagram, where Spotify users post branded content in an organic word-of-mouth style of marketing, Bodman said. Now, with a presence in Roblox, there’s an opportunity to reach a younger, newer generation of potential Spotify users.

“By going into Roblox, where random people can show up and discover the Spotify Wrapped experience, you open the door to a whole new set of relationships,” said Mitch Ratcliffe, partner at Metaforce. With nearly 50 million daily active users last year, Roblox is becoming a bigger part of the conversation for marketers looking to reach new audiences, according to previous Digiday reporting. “It’s a great way for [Spotify] to have opened a point of entry to the Spotify brand,” Ratcliffe added.

At a time when user data is becoming increasingly more precious (thanks to data privacy initiatives and an impending cookieless future), Spotify’s Wrapped strategy has seen copycats in Apple Music Replay and YouTube Music Year in Review. It’s a strategy that works because “that touch point becomes a solution to return engagement in a cookieless world,” Ratcliffe said.

“It’s entirely self-created by Spotify and has become a cultural norm — so much so that there are numerous other brands attempting to deliver similar, year-end data as well,” Kelley said in an email to Digiday. “It’s a way to humanize data and make it individually relevant.”

By leveraging its engaged user base, Spotify is creating a community of many trusted influencers, Andrew Roth, founder and CEO of dcdx, a Gen Z research and strategy firm, said. “The one-to-a-million reach of the influencer is very different than the 100-to-a million reach that happens from the local community. It’s more trusted and more influential,” he added.

Wrapped is and will continue to be an important marketing moment for Spotify, as it’s a way for the platform to amplify awareness, reach new audiences and reengage users, per Bodman. He added that Wrapped will stay in the platform’s marketing rotation.

“Everything from reactivation to new users, it’s a huge business driver and that’s why the company rallies around,” Bodman said. “We will continue to push it.”

Ancient Traces of Life Discovered Encased in a 2.5 Billion-Year-Old Ruby

Apple forgot about its own Studio Display in latest iOS update

Amazon vs. the S&P 500: Which Is the Better First Investment?